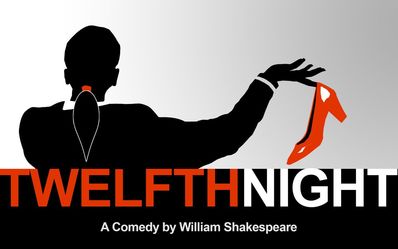 Performance Dates:
Thursday, Friday & Saturday, November 12, 13 & 14 at 7pm
Tickets are $10 General Admission / $8 Seniors & Students
Tickets table opens at 6pm // Doors open at 6:30pm
Synopsis:  Viola is shipwrecked on the coast of Illyria and she comes ashore with the help of a captain. She loses contact with her twin brother, Sebastian, whom she believes to be dead. Disguising herself as a young man under the name Cesario, she enters the service of Duke Orsino through the help of the sea captain who rescues her. Duke Orsino has convinced himself that he is in love with Olivia, whose father and brother have recently died, and who refuses to see charming things, be in the company of man, or entertain love or marriage proposals from any one until seven years have passed, the Duke included. Duke Orsino then uses 'Cesario' as an intermediary to profess his passionate love before Olivia. Olivia however, forgetting about the seven years in his case, falls in love with 'Cesario', as she does not realise 'he' is Viola in disguise. In the meantime, Viola has fallen in love with the Duke Orsino, creating a love triangle between Duke Orsino, Olivia and Viola.

​In the comic subplot, several characters conspire to make Olivia's pompous steward, Malvolio, believe that Olivia has fallen for him. This involves Olivia's uncle, Sir Toby Belch; another would-be suitor, a silly squire named Sir Andrew Aguecheek; her servants Maria and Fabian; and her fool, Feste. Sir Toby and Sir Andrew engage themselves in drinking and revelry, thus disturbing the peace of Olivia's house until late into the night, prompting Malvolio to chastise them. Sir Toby famously retorts, "Dost thou think, because thou art virtuous, there shall be no more cakes and ale?" (Act II, Scene III) Sir Toby, Sir Andrew, and Maria are urged to plan revenge on Malvolio. They convince Malvolio that Olivia is secretly in love with him by planting a love letter, written by Maria in Olivia's hand. It asks Malvolio to wear yellow stockings cross-gartered, to be rude to the rest of the servants, and to smile constantly in the presence of Olivia. Malvolio finds the letter and reacts in surprised delight. He starts acting out the contents of the letter to show Olivia his positive response. Olivia is shocked by the changes in Malvolio and leaves him to the contrivances of his tormentors. Pretending that Malvolio is insane, they lock him up in a dark chamber. Feste visits him to mock his insanity, both disguised as a priest and as himself.

Meanwhile, Sebastian (who had been rescued by a sea captain, Antonio) arrives on the scene, which adds confusion of mistaken identity. Mistaking Sebastian for 'Cesario', Olivia asks him to marry her, and they are secretly married in a church. Finally, when 'Cesario' and Sebastian appear in the presence of both Olivia and Orsino, there is more wonder and confusion at their similarity. At this point Viola reveals she is a female and that Sebastian is her twin brother. The play ends in a declaration of marriage between Duke Orsino and Viola, and it is learned that Sir Toby has married Maria. Malvolio swears revenge on his tormentors, but Orsino sends Fabian to console him. 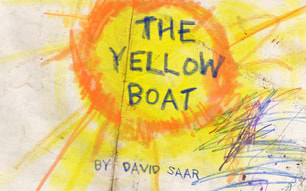 Synopsis:  The story of The Yellow Boat is a glorious affirmation of a child's life and the strength and courage of all children. This dramatization is based on the true story of David and Sonja Saar's son, Benjamin, who was born with congenital hemophilia and died in 1987 at the age of 8 of AIDS-related complications. A uniquely gifted visual artist, Benjamin's buoyant imagination transformed his physical and emotional pain into a blaze of colors and shapes in his fanciful drawings and paintings. A Scandinavian folksong tells of three little boats: "One was blue, one was red and one was yellow as the sun. They sailed far out to sea. The blue one returned to the harbor. The red one sailed home, too. But the yellow boat sailed up to the sun." Benjamin always concluded his bedtime ritual by saying, "Mom, you can be the red boat or the blue boat, but I am the yellow boat." Benjamin's remarkable voyage continues to touch audiences around the world. 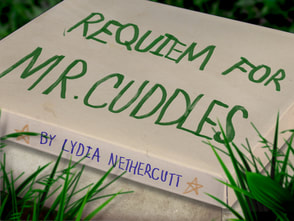 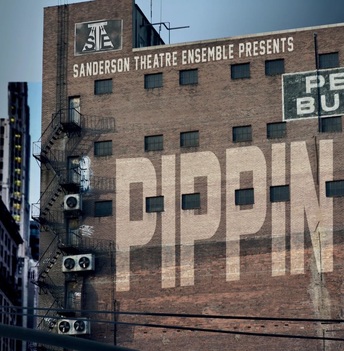 Synopsis:  As told by a traveling troupe of actors led by the cunning and charming Leading Player, Pippin is the story of a young prince, heir to the throne, who is searching for his own “corner of the sky.” Pippin returns from university certain that he will find a fulfilling purpose in life. As encouraged by the Leading Player, Pippin dabbles in bloody battle, licentious and lusty sexual entanglements, and saavy political maneuvers, only to discover that true happiness is more complicated than he thought. With infectious tunes by Stephen Schwartz and classic choreography from Bob Fosse, Pippin is both a humorous allegory about growing up and a dark tale of the danger of false appearances and empty promises.